The notion that elephants bring good luck has a long history.

The elephant is a symbol of strength, power, stability and wisdom.

Elephant statues are popular worldwide. It is common superstition that an elephant carving or picture should always face the door if you want to bring good luck into the house.

It also protects the home when facing the entrance making sure only good fortune passes through.

Many business owners in Asia may have a couple of elephants by the entrance of the building. These are believed to provide stability and wisdom to the company and thereby protecting the company from ill fortunes.

Likewise two small elephant sculptures in the entrance hall of a private home will bring knowledge, longevity and success into the home.

Should the Trunk be Up or Down?

There are different opinions as to if the elephant trunk should be up or down.

Some say if the trunk is up the elephant will shower good fortune on all who walk past it.

The most common belief is that the trunk has to be up for good luck. Some even claim that if the trunk is down it is very unlucky for the owner.

A few believe it is better if the trunk is down because this means the elephant lets  good fortune flow freely and naturally on everyone’s path.

This is about the same discussion as the horseshoe; should it be hanging facing up or down?

Now elephant charms are increasingly popular. They are worn by millions worldwide as a general good luck symbol.

Many believe that a bracelet made from elephant hair will bring good luck.

Elephants have been admired by humans for many centuries. They are intelligent animals.

Elephants have the largest brains of all mammals.  Elephants master the task of using tools. They have a suburb memory.

Aristotle, the ancient Greek philosopher claimed that the elephant surpassed all other animals in wisdom.

Elephants are capable of showing great compassions and expressing grief.

In Hinduism we find sacred elephants. Elephants are the animals of some powerful gods. Of course the most well-known is the Hindu god with the elephant head named Ganesh.

Indra is a powerful god in Hinduism. He is the god that controls lightning and thunder. Indra is god of the rain and guardian of the East. He carries the vajra, which is a thunderbolt scepter.

Indra is the patron god of warriors. He is the leader of the gods of the heaven called the Devas.

Indra resides in Svarga, a place in the clouds surrounding Mount Meru.

Mount Meru is a golden mountain in Hindu mythology where all the most important deities have their own celestial Kingdoms.

Devotees join them while they wait for their next reincarnation.

This elephant guards the entrance of Svarga where Indra lives. Elephants are associated with rain and water.

Airavata is often just called “The elephant of the clouds”. It is Airavata who controls the rain clouds.Airavata is married to an elephant called Abharamu.

Erawan – The Three-Headed Elephant of Thailand

Erawan is most often shown as an elephant with three heads and therefor called “The three-headed elephant”.

In Bangkok, Thailand people of all parts of society visit the open air Erawan Shrine to ask for good luck.

This place is busy day and night. This shrine is dedicated to the four-faced Brahma God named Than Tao Mahaprom. The four faces symbolize his four great virtues: kindness, mercy, sympathy and fairness.

You name it; this is the “go to” place to seek good fortune in their lives.

If you like, you can pay a dancer to dance as you ask for what you wish. This may strengthen a positive outcome.

If a request is granted, the person will naturally show gratitude. They will return to the Erawan Shrine offering a wooden elephant, flowers or food.

Lakshmi, the Hindu goddess of prosperity is often shown with one or two elephants.

She is associated with elephants and an owl.

Lakshmi is especially celebrated during the Diwali festival.

Queen Maya and the White Elephant

Maya (also called Queen Mahamaya) was the mother of Siddhartha Gautama who founded Buddhism. She had a very special dream.

She dreamt that she had been carried away by four spirts (devas) to a place called Lake Anotatta in the Himalayas. There she bathed and got dressed in a divine gown.

As she was resting a small white elephant carrying a white lotus flower in its trunk appeared.The elephant approached her and walked three times around her.

The white elephant then entered her right side. The elephant vanished and Maya woke up.

Ten months later Siddhartha Gautama, the future Buddha was born from her right side. During labor she held on to a branch from a Sal tree and felt no pain.

Queen Maya died in delight after seven days to join the gods.

Many believe it was Siddhartha who entered her womb through the elephant.

The future Buddha was in the Tusita heaven and he was to be reborn one last time.

He took the shape of a white elephant and went to Maya with the purpose of being born one final time on earth.

The design changed slightly during these years, but there was always a white elephant. White elephants are extremely expensive to keep as they do need constant special treatment.

As the white elephants are scared, it is not permitted to let them work. The king was known to gift a white elephant to someone who had displeased him in any manner.

The person who received the white elephant had a huge problem.

The animal could not be given away and was costly to maintain.

Receiving a white elephant would often lead to financial ruin.

The Meaning of the term “A White Elephant”

The term “A white Elephant” refers to something that is costing you more than it is worth or something that has been gifted to you that you would rather not have and find useless, but feel you need to keep.

Many charity organizations and churches sponsor “White Elephant Sales”. People will donate things from their homes which are not their taste.

Finally they are allowed to get rid of their “white elephants” with a good conscience as they are supporting a worthy case.

White Elephant party games are a lot of fun.

The idea is that everyone brings a useless or wacky gift. The gift needs to be rapped and placed anonymously in a basket.

No one is to know who gave which gift. It is a good idea to make the gifts theme based, for example Christmas decorations, toys, home decorations, and so on.

Everybody needs to agree if the gift is to be something new or a used item from your home. It is a good idea to set an approximate value for the gift, say for example $ 5.

The players gather around a table. Agree on how to choose who starts.

You could roll a dice and the first person who rolls a “one” starts the game and chooses a gift from the basket or that are placed in the middle of the table. You can also pick numbers from a hat to determine the order. The first player opens a gift.

The next person can choose to steal an opened gift from another player or choose a gift from the basket to open.

If someone steals your gift, you get to steal someone else gift or choose an unopened gift.

You cannot steal the gift that was just stolen from you before the next round.

The same gift can be stolen only once during a round. A gift can only be stolen a total of three times before it is “frozen”.

There are many variations to this party game. Some make cards with instructions which the person who has their turn has to pick.

The cards could read “Pick a wrapped gift”, “Exchange your gift with the person next to you” and so on.

Wishing you all good luck with your elephant!

The ladybug meaning in folklore and superstion. Why many consider the ladybug good Luck. Killing a ladybug superstition ...
Read More

In some cultures pigs are lucky and connected to prosperity wishes for the New Year. The pig in the Chinese ...
Read More

Lizards and mostly the house geckos as good luck symbols. Superstitions and symbolism about the lizard. Wall decors are used ...
Read More

Discover the frog as a lucky symbol in many cultures around the world. Many believe the good luck frog will ...
Read More

Horses as a lucky symbol. How to display horses for luck. Year of the horse in Chinese astrolgy. Horses in ...
Read More

The rooster as a symbol of good luck and prosperity and in Feng Shui. The rooster of Barcelos, Portugal. Why ...
Read More

Discover the meaning of dolphins as a good luck symbol. Dolphins in Greek mythology. Dionysus and the pirates. Arion and ...
Read More

In Asia many believe that Mandarin ducks are a symbol of love and marriage. These love ducks represent the perfect ...
Read More

Bee Symbolism Bees are considered extremely auspicious throughout the world. They have played an important part in symbolism since Ancient ...
Read More

Horses as a lucky symbol. How to display horses for luck. Year of the horse in Chinese astrolgy. Horses in ...
Read More
Lizards – Symbolism

Lizards and mostly the house geckos as good luck symbols. Superstitions and symbolism about the lizard. Wall decors are used ...
Read More
Pigs

In some cultures pigs are lucky and connected to prosperity wishes for the New Year. The pig in the Chinese ...
Read More
Swan Symbolism

The rooster as a symbol of good luck and prosperity and in Feng Shui. The rooster of Barcelos, Portugal. Why ...
Read More
Dolphins

Discover the meaning of dolphins as a good luck symbol. Dolphins in Greek mythology. Dionysus and the pirates. Arion and ...
Read More
Crickets 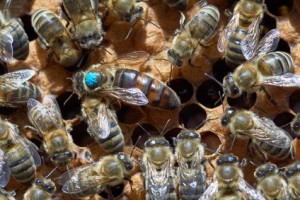 Bee Symbolism Bees are considered extremely auspicious throughout the world. They have played an important part in symbolism since Ancient ...
Read More
Rabbit

In Asia many believe that Mandarin ducks are a symbol of love and marriage. These love ducks represent the perfect ...
Read More
Maneki Neko

The ladybug meaning in folklore and superstion. Why many consider the ladybug good Luck. Killing a ladybug superstition ...
Read More
Good Luck Frog

Discover the frog as a lucky symbol in many cultures around the world. Many believe the good luck frog will ...
Read More