Knock on wood is probably one of the most used superstitions of the Western world.

In Great Britain it is more common to say “touch wood”. 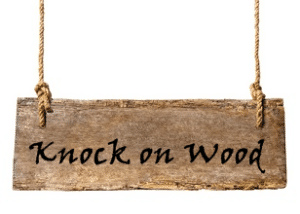 The phrase is often used instinctively after boasting about something or if we think we have tempted fate.

Millions of people habitually use the phrase “knock on wood” or “touch wood” after something good has happened. This is to prevent the evil spirits to take your luck away.

You certainly want to make sure the good stuff sticks by you.

For example a person may say: “I always manage to pay my bills on time, knock on wood.”

Obviously you need to actually touch wood or knock on wood as you speak the phrase.

It is also used when speaking of something good to come in the future. This is to ensure the good actually will happen.

For example a person may say: “In August I am finally going on my dream vacation, knock on wood.”

Many also will say “knock on wood” or “touch wood” to prevent something bad from happening.

Knock on Wood Meaning and Origin

The origin of the superstition of knocking on wood is disputed. There are several different theories about the matter.

Many believe the practice of knocking on wood or touching wood goes far back to pre-Christian times.

The concept that trees had magical powers was commonly acknowledged.

The dryads of the trees could heal the sick and give blessings of good fortune.

Treated badly the dryads could also put an end to your happiness.

The notion that nymphs, spirits, gods and goddesses reside in trees had a deep impact on humans.

Trees were thereby treated with respect and honored.  You always wanted to be on good terms with the dryads.

Some would also go to a sacred tree and whisper their hopes, dreams and secrets to the tree. Before doing so, they would knock on the tree.

They believed the evil spirits could not hear their secret wishes if they knocked on the tree.

Some say the Christian cross is the reason for touching wood. The wooden cross is considered sacred.  During the Middle Ages people were a lot more superstition.

The wooden cross was acknowledged as quite effective to keep evil spirits at a distance.

Monks, wearing wood crosses were known to tap (knock on) the cross to ward off evil spirits lurking among their mists. 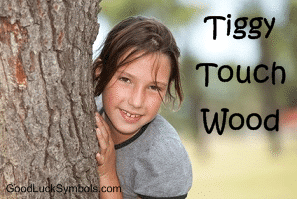 This was a chasing game.

The concept was that one was safe only when touching wood.

Often the children would shout “Tiggy, tiggy touch wood. I’ve got no wood.” to tease the chaser.

There is a theory that the phrase “touch wood” simply originated from this children’s game.

All were safe as soon as they would touch Wood.

Go back to the first page 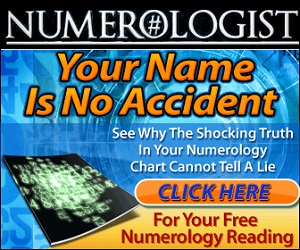