The Ancient Romans believed he ruled the earth in ages long past. He was the god of crops. His equivalent in Greek mythology is Cronus.

In Ancient Rome they had a huge annual festival in his honor called Saturnalia. It lasted for seven days and took place at the end of December.

This was a joyful occasion with lots of good food and drink. The Ancient Romans also exchanged gifts during the Saturnalia festival.

Saturn was the father of Jupiter (Zeus in Greek mythology). Jupiter was the ruling god of the sky.

Japan, Thailand and India have also named this day after the planet Saturn.

In Spanish this day is called “sábado” which comes from the word Sabbath. This was the day of rest.

In Scandinavia the day is called lørdag in Norwegian and Danish. In Swedish it is lördag. Lørdag means bathing or washing day. 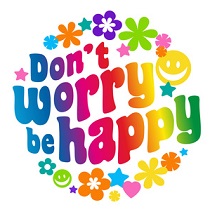 Saturday is the day you want to do what you can to have positive thoughts. This is the day to eliminate all negative energy.

Do whatever you have to in order to enjoy your life and look forward to a brighter future. Bring optimism back and be happy for your life and future.

To enhance your luck on Saturdays you can wear diamonds.

Patients in hospital need to avoid leaving on this day. Superstition has it that if you leave the hospital on a Saturday chances are high to find yourself back in the hospital soon.

Avoid starting on a new project or job on this day. It will take you forever to finish. As it was told; Work begun on a Saturday was sure to see seven Saturdays before completion.

After sunset on this day it is told to be unlucky to do any kind of work. Never wash laundry on the evening on this day.

If you are considering hiring someone to do chores in your home, you need to wait until a weekday. Old superstition states that Saturday servants never stay and Sunday servants run away.

Try to avoid moving into your dream home on a Saturday. According to old superstition that would foretell a shorter stay than you planed for.

Some say that if you dream something on Friday night and told someone about your dream Saturday morning, it will come true. Just remember only to share positive dreams.

In some parts of Scotland it was believed that anyone born on a Saturday had the ability to see ghosts.

Back in the days when they believed in witches a woman would not dare make butter on a Monday or Saturday. The rumor went that any woman who made butter on those two days was a witch for sure and certain.

In Thailand Saturday is a good day for a haircut. The superstitious in that country claim it will bring you success.

The lucky color to wear on a Saturday in Thailand is purple or black.